Bouncing back from a challenging season for events

2016 stars of the sport recognised at British Triathlon Awards Dinner

Alistair Brownlee was named Olympic Athlete of the Year at a star-studded celebration of triathlon’s biggest achievements in 2016.

The only Olympic triathlete to ever top the podium on two occasions took the evening’s top accolade, presented to each of the 33 Olympic Governing Bodies on an annual basis, to recognise their top Olympic athlete. 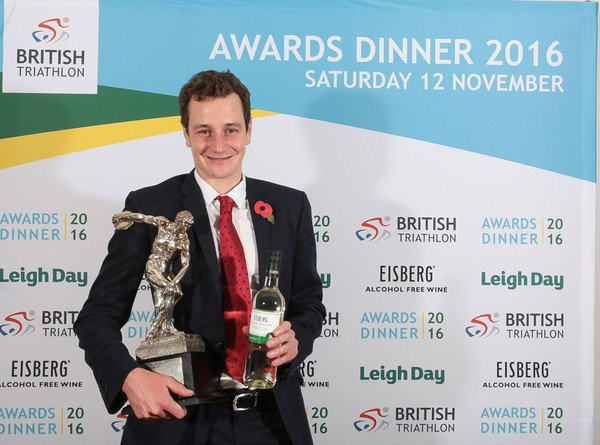 On receiving the award, Alistair said: “This year was all about the Olympic Games, so to achieve that goal was fantastic – and this award is just the cherry on the cake. It’s the end of a very tough four years and it was always in my head to have a decent bit of time off now.

“I’m not thinking too much into the future, but just enjoying the achievements before I get back to doing what I love in the new year - training.”

Alistair completed the double for a second time, also being awarded the title of British Triathlon Elite Male Athlete of the Year.

The British Triathlon Female Elite Triathlete of the Year Award was presented to Vicky Holland following her inspiring bronze medal-clinching performance in Rio, after a sprint-off with teammate and best friend, Non Stanford.

Vicky said: “Being the first female Olympic medallist is amazing. It’s been a long time coming as we have such a rich heritage in women’s triathlon in the UK. Helen (Jenkins) was such a pioneer for me – she won her first world title in 2008 and since then we’ve been waiting for an Olympic medal to come. I’m really delighted to be the person that got it.” 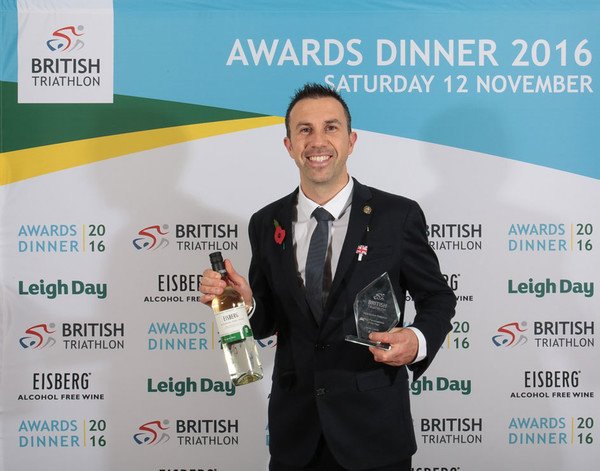 Above: Andy Lewis, winner of the British Triathlon Male Paratriathlete of the Year Awards and the Peter Holmes Award for Inspirational Performance in International Competition

This year’s Peter Holmes Award for Inspirational Performance in International Competition was awarded to Andy Lewis. With paratriathlon making it’s Paralympic debut this summer, the Loughborough-based PT2 athlete well and truly shone the spotlight onto the sport when he became the first British Paratriathlon Gold Medallist.

Andy said: “After winning gold in Rio, I thought ‘what just happened?’ Going into it all with the pressure of being World Champion, I just never expected to come away with a gold.

I made a lot of sacrifices to get there – the sort of sacrifices all athletes make in order to get to the top. But I did it for my family. I said before I set out that I wanted to achieve something, and that’s exactly what I’ve done.”

ITU Paratriathlon World Champion and Paralympic Silver Medallist, Alison Patrick (PT5), was awarded the British Triathlon Female Paratriathlete of the Year award alongside guide, Hazel Macleod (formally Smith). She clinched the ETU European title earlier this year and has truly proven herself as a force to be reckoned with. 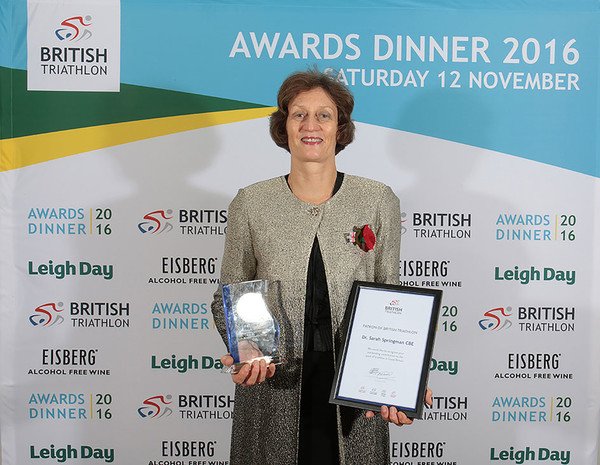 Alison said: “Hazel and I have worked hard to become such a great team, and it’s down to not worrying when things go wrong and not having a fear of failure.  We have to have complete trust in each other.

“Winning silver in Rio was incredible. It was such an amazing atmosphere and knowing that we did it as a team was amazing.”

The British Triathlon Gold Pin Award was awarded to Malcolm Brown MBE, for his services to coaching, whilst the evening saw the introduction of a new accolade; British Triathlon Patron Award, which was presented to Dr Sarah Springman CBE.