Are you our next Performance Director?

Do you have what it takes to create the best prepared and supported team on the start line?

British Triathlon is the National Governing Body for Triathlon, Paratriathlon, Duathlon and Aquathlon in Great Britain, responsible for raising the profile and delivering medal-winning performances and helping everyone discover, enjoy and achieve in triathlon and paratriathlon. It has just been short listed for the BT Sport Industry Awards 2018 Governing Body of the Year. 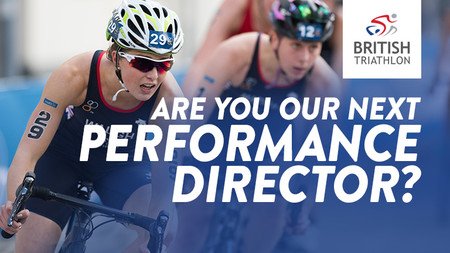 The British Traithlon Olympic and Paralympic Performance programmes have made great strides over the past 5 years. At their core is a set of principles which are fundamental to how the organisation wishes to develop athletes and deliver world class success.

The role will suit a values-driven people person with significant experience of leading world class performance programmes and outstanding leadership credentials. The right person will identify with the current strategy and ways of working but will bring their own experiences to enable it to evolve towards even greater achievement.

The role will be based at the British Triathlon headquarters located at Loughborough University; however, the nature of the role may require evening and weekend working and occasional travel.

Informal enquiries can be made to Andy Salmon, email: andysalmon@britishtriathlon.org