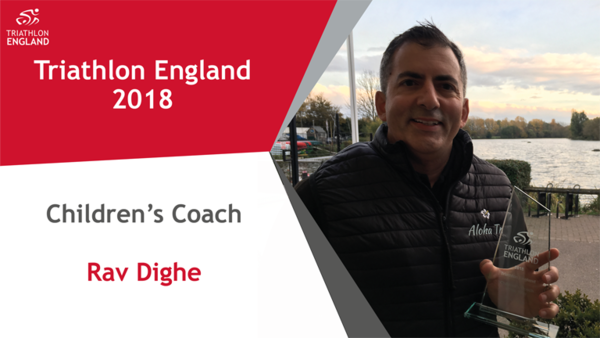 Being nominated for a Triathlon England Award made me feel like I had joined a group of special people, as there were some excellent coaches put forward in 2018. Coaching is a passion for me, and to be recognised by my peers and club mates was a really fantastic experience.

The feeling of achievement and recognition for all the hard work you’ve done through being nominated for an award is a lovely thing. Since receiving the award I’ve had people come up to me after seeing my photo on the Triathlon England page to have conversations about coaching young people. For me this has been a real highlight of winning the award because it has allowed me to communicate with a wider community and share knowledge about my approach to coaching young athletes.

Nominating people for awards is important because it highlights good work done by volunteers in our sport. I would highly recommend that you look around for people who have gone above and beyond to help you or who have impacted others in a positive way and nominate them for one of the awards.

Rewarding volunteers for doing countless hours of unpaid, sometimes thankless tasks, is essential for the sport. For the actual volunteers, they are not in it for accolades or recognition; however, it’s a pleasant and well received surprise when you receive one. It’s also really great for those seeing the published list of people either nominated or winning their respective areas, as it lets the triathlon community get to know our local heroes.