Four athletes and two of their guides have been selected as part of Team England’s paratriathlon team for the home Commonwealth Games in Birmingham this summer.

Team England will send a team of over 400 Team England athletes to compete at Birmingham 2022 and capitalise on the once in a lifetime opportunity to bring home success in their own country.

The four paratriathletes and guides to represent Team England are:

Guides for Crowhurst and Reid will be announced in the build-up to the Games. 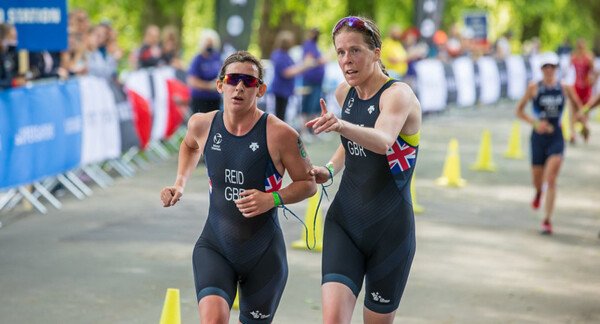 Having made her World Championship debut in 2021, Katie Crowhurst is looking forward to her first Commonwealth Games. “To be selected for the Commonwealth Games gives me the opportunity I've always longed and worked for. The fact that it's a home Games will allow me to share my performance with the amazing people that have supported me over the years and that is something very special.”

Speaking to Team England on his excitement to compete at a home Games, Dave Ellis shared: “After missing out on a home Paralympics in 2012, 10 years later this feels very special to be part of a home Commonwealth Games.”

Following medal success at the Rio Paralympic Games, Melissa Reid is looking forward to representing Team England in her first Commonwealth Games. “It is such an honour to qualify for the Commonwealth Games, it means the world. By qualifying, it means I will have competed at the British, European, Worlds, Paralympics and now Commonwealths.”

Speaking to Team England on competing in front of a home crowd, Oscar Kelly shared: “I'm honoured that Charlie and I have been selected to represent Team England at this year’s Commonwealth Games, it has definitely been a life goal.

"Being staged in England also means that the people who have helped us along the way, our friends and family, will be able to share the occasion with us and cheer us on. It’s great that the hard work we have put in over the past couple of years has been recognised, we just hope that we can put out a performance to make England proud.”

Team England’s Chef de Mission, Mark England OBE, welcomed the athletes to the team: “The paratriathlon is always a special event and I’m very happy to welcome the athletes and two of their guides to Team England for the home Commonwealth Games.

"With previous medal winners and Generation 22 athlete Dave Ellis among the ranks, I’m excited to see how the team perform and I want to wish them luck as they aim to ‘Bring It Home’ this summer.”