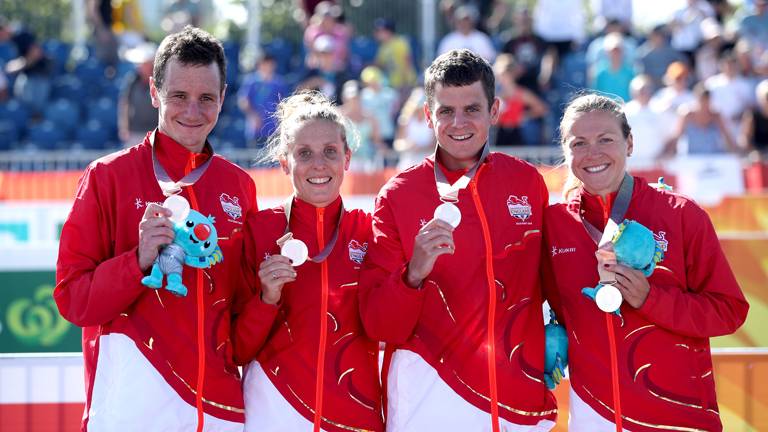 On the morning of Sunday 30 June Hitchin outdoor pool will be transformed into a throng of mini-triathletes as it becomes the venue for the launch of British Triathlon Foundation Trust's series of Triathlon for Kids events.

This new for 2013 initiative of family friendly triathlons, are designed to utilise the growing popularity of Triathlon in the wake of the 2012 Olympics, to help kids get more active. All of the mini triathlons will be free to attend with the tour kick-starting in Hitchin before moving to other parts of Hertfordshire.
The inaugural event has been named the Hitchin Family Triathlon and starts at 9.00am through till 12 noon. It is open for children of all abilities between the ages of 8-14 with a course consisting of a gentle 50m swim, 1km bike and a 500m run.
There is no pre-registration as children can just enter on the day, with an adult present. They will be started on their own, or in pairs, to make it as friendly as possible. Bikes and helmets are also provided for the children, though they can bring their own if they wish. The Foundation hopes this format will prove popular, easy to enter and is encouraging local families to turn up and get involved.
The British Triathlon Foundation Trust is the official charity of the sport’s governing body the British Triathlon Federation and was formed in December 2012. The Foundation has a specific aim to change children’s lives through triathlon by getting them more active in sport. The new triathlon for kids programme of events aims to encourage children to participate with their friends and families in a fun and non-competitive environment. Unlike traditional triathlons there will be no timing and no results published.
"This is all about the kids getting out and having a great time with the engaging and fun sport of triathlon" said Mike Jubb, organiser of the event. "Triathlon can sometimes have an image of finely toned athletes, competing fiercely in an extremely hard event. This is one side of the sport and why it has become so popular and fast growing.  But this can be off-putting for some and we want to show that it can also be a fun way to get children enjoying the simple pleasures of swimming, biking and running, and that is what this event is all about."
Similar triathlon events have been successfully ran in school time by the Foundation and it is hoped that the new weekend format will encourage local families to all take part in the activity together or for parents to witness just how much their children enjoy physical activity.
“This will hopefully lead to some old bikes being taken out the shed and used a bit more over the summer holidays, which would be great" added Mike.
The CEO of British Triathlon, Zara Hyde Peters, fully backs the Foundations aims and the launch of these events: “It was a clear ambition of British Triathlon to create legacy from the amazing Olympic cycle that we have just gone through. Through our charitable arm, the British Triathlon Foundation Trust, we are doing that by using triathlon to inspire a generation”
After the Hitchin event the family friendly triathlon format moves to Hemel Hempstead, followed by Watford. The Foundation will then look to tour the rest of the UK as well as conducting its other work visiting local schools and sports fairs running triathlon taster sessions. The Foundation is also responsible for delivering the successful Tata Kids of Steel events nationwide.
For more information about the Hitchin Family Triathlon or the British of British Triathlon Foundation Trust please contact: mikejubb@britishtriathlon.org
Or visit www.britishtriathlonfoundation.org / @TriFoundation