Gold for Ellis and Crowhurst in Birmingham

With nominations for the 2019 Triathlon England Awards open, we’ve chatted to John Batchelor about his experience of being awarded Technical Official of the Year 2018. 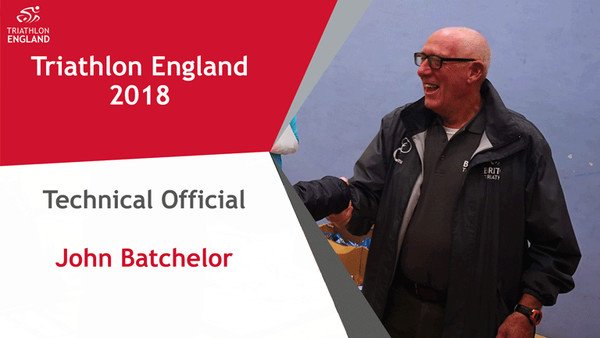 I really enjoy being able volunteering at events through being a volunteer Technical Official. You get to be up close to the action, helping to educate participants and support Event Organisers in delivering great events! It can be a hard role at times; but to be nominated for, and have won, Technical Official of the Year certainly made me feel appreciated by the triathlon community.

Volunteers across all sports get involved because they want to support the sport and give back; so I think it’s all the more important to thank them and make them feel appreciated, because it’s not what they’re after. Recognising that the sport would be a lesser place without volunteers is definitely an encouragement to thank volunteers and nominate them for the 2019 Triathlon England Awards!