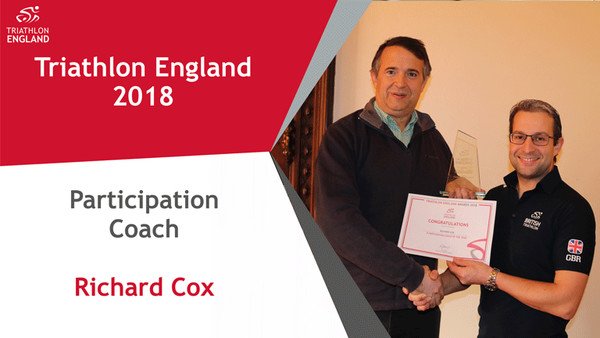 As volunteers we don’t get involved with our clubs to win awards, so when I won the award for the West Midlands I was so surprised; to then win the national award from all the regional winners was a massive shock!

The time that volunteers at clubs put in isn’t for personal gain, but to be able to give our members, in our case children, a great experience in this sport we all love. The ‘reward’ is seeing the children gain enjoyment from the sport no matter their ability or level, the Award is the icing on the cake.

We’re a small club that wouldn’t function without volunteers, so, although they don’t do it for the recognition, to recognise them with an awards scheme is really important. In sport, a lot of the time the athletes are the ones who are publicly promoted, but to have the opportunity to publicly reward and recognise volunteers is huge.

Winning the award has enabled me to show other people what a “middle aged overweight dad” can achieve when any dream of a GB Trisuit may be long gone! I love being able to pass on my experience and knowledge to our Members and if winning this Award results in one more person volunteering to help, or one more person taking part in our wonderful sport, then it has all been worthwhile.