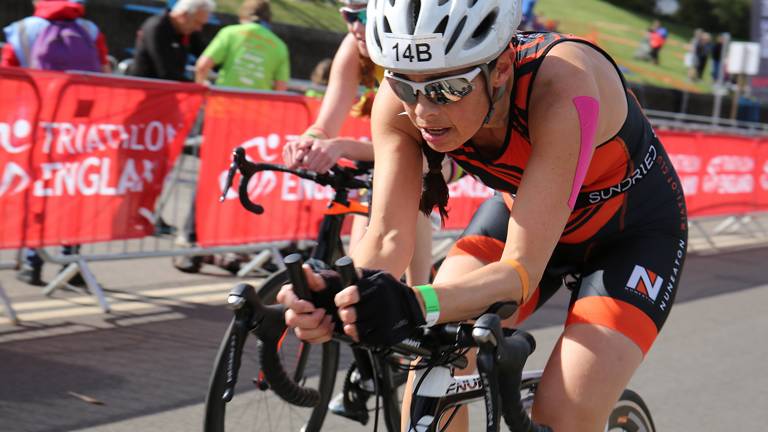 Today (Wednesday 12 October) it was announced that BBC sports reporter, Vassos Alexander, will host the annual awards ceremony, showcasing the stand-out moments in triathlon over the last 12 months.

The well-known voice of the Chris Evans Breakfast Show, who recently commentated at the Rio 2016 Olympic Games, will be joined by BBC Breakfast presenter Louise Minchin at Royal Armouries International, Leeds, for the event on Saturday 12 November. Vassos’ career at the BBC has spanned 12 years, seeing him voice everything from Wimbledon to the World Darts Championships on BBC Radio 5Live.

Vassos said: “It’s an honour to be part of the British Triathlon Awards Dinner following a hugely successful year for the sport.

“There have been some fantastic achievements across all levels of triathlon throughout 2016, reaching a crescendo in Rio at the Olympic and Paralympic Games, and I’m greatly looking forward to re-living them next month in Leeds.”

It’s an honour to be part of the British Triathlon Awards Dinner following a hugely successful year for the sport.

Louise, a famous face on both television and amongst the Great Britain Age-Group Team, will use her triathlon knowledge to lead a question and answer session with a number of Rio Olympic and Paralympic medallists on the night, including Alistair and Jonathan Brownlee.

Vote For Your Winners

Louise said: “An amateur triathlete myself, I was glued to the Olympics and Paralympics this summer, witnessing some of the greatest achievements in sport. It’ll be wonderful to share some of the athlete’s incredible stories from the Games with the triathlon community.

“From moments like these, to recognising the work of support staff behind the scenes, it’s set to be an incredible evening, not to miss.”

Tickets, priced at £55, are now available for the British Triathlon Awards Dinner.

The day also features a number of expert-led triathlon workshops, covering everything from the journey from novice to the international stage, to bone-stress prevention and treatment. These sessions, priced at £15, have limited capacity.