The past 12 months have undoubtedly displayed some of the greatest ever moments within our sport. Now we invite you to join us as we celebrate them at the 2016 British Triathlon Awards Dinner.

The evening is dedicated to recognising the remarkable acheivments of the athletes, officials and volunteers within triathlon, without whom the sport would simply cease to exist. In a year seeing Great Britain return from the Olympic Games with 50% of the triathlon medals on offer, followed by a phenomenal four-strong medal haul from the first ever Paralympic paratriathlon races, it's certainly set to be a night to remember. 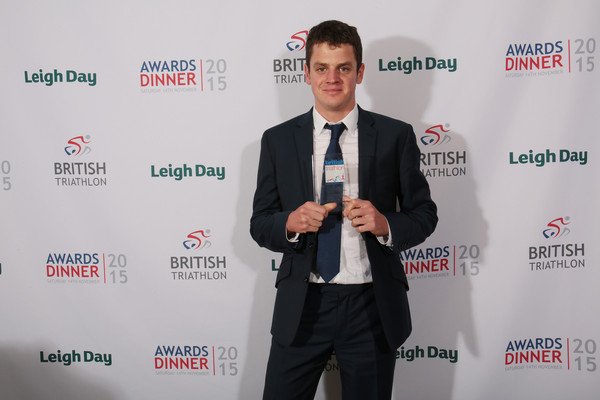 Above: 2015 British Triathlon Male Triathlete of the Year, Jonathan Brownlee

With 2015 tickets selling out way ahead of the event, we highly recommend you book your spot shortly after tickets go on public sale at 9am on Thursday (22 September). Home Nation members, however, have an exclusive opportunity to get their hands on the very first tickets in a week-long priority window ending tomorrow. Tickets are priced at £55 and are available via the 'My Account' area.

The Awards Dinner takes place at Royal Armouries International, Leeds on Saturday 12 November and includes a drink reception, three-course dinner and guest speaker, alongside a star-studded awards ceremony. Further details will be released in the lead up to the event.