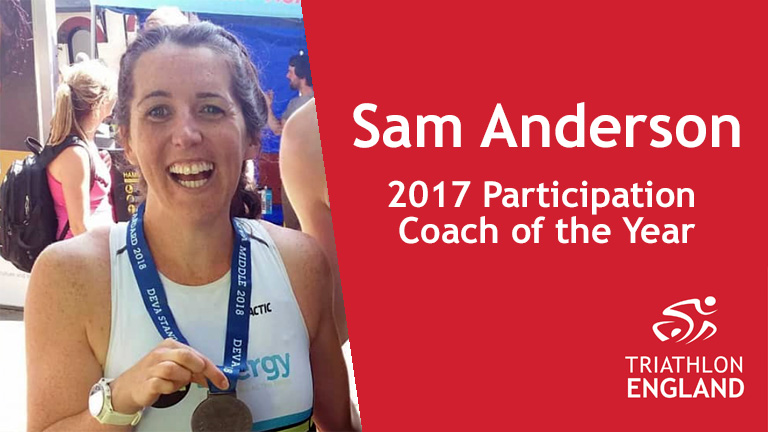 It was a really lovely surprise to be nominated for the Participation Coach of the Year and something I never expected. I started our club up from scratch and in 18 months we had over 200 members. I was just focussing on everyone else enjoying their sport and feeling empowered through being active that it was just a really nice surprise for someone to have focussed on me by nominating me.

I would absolutely recommend people to nominate. Often in sport we focus on ourselves and our own results and/or achievements but really sport wouldn't be what it is without volunteers, coaches, helpers, supporters, officials and so on. These people invest a huge amount of their own time to help and support others and a nomination for an award can really show them that they are valued.

It is really important to have a successful triathlon awards scheme where volunteers can be recognised and rewarded. Volunteers don't help out to be rewarded, but that feeling of being nominated is something that will really stick with them. Nominating someone doesn't take long but the memory for that person will last a long time. A successful awards scheme allows people of all walks of life to share their inspirational stories with others and gain recognition for their contribution.

For me, the biggest benefit of being nominated and winning a national award, has given me a platform to inspire and empower new coaches. I've been able to show my love and passion for coaching locally, but to receive recognition nationally has been brilliant in terms of opening up dialogue and conversation with other people who may be interested in coaching.